What Happens After A Lawsuit Is Filed In California?

Although it is preferable to settle a personal injury or employment case before filing a lawsuit, sometimes it is not possible. The most common reason cases aren’t settled sooner rather than later is that the at-fault party or their insurance carrier refuses to offer a reasonable amount. When negotiations fail, or sometimes other reasons, in order to have a shot at getting a reasonable amount of money for their damages, the injured or wronged person must file a lawsuit with the court.1 At this stage, if they haven’t already, it is highly advisable that the aggrieved person hire a personal injury or employment lawyer.

After the lawsuit papers are filed in state court (as opposed to federal court) and the at-fault party (known as the “defendant”) is served, the defendant then has 30 days to file a response to the lawsuit. Once the person suing (known as the “plaintiff”) files a lawsuit, the case is said to be in “litigation.” Everything that happens in a case after a lawsuit is filed (from the filing of the lawsuit to the trial) is considered to be a part of “litigation.” Everything that happens before a lawsuit is filed, is considered part of “pre-litigation.”

Shortly after a plaintiff files a lawsuit and has the lawsuit papers (known as the “complaint” and “summons”) served on the defendant, the case enters into a long phase called the discovery stage. “Discovery” refers to information gathering (discovery of information) and this stage usually takes up the majority of the lifespan of a lawsuit. While a plaintiff may have been able to obtain some information before filing a lawsuit, discovery laws (known as statutes or codes) allow plaintiffs and defendants to obtain information they would not have been able to obtain in pre-litigation. In other words, these discovery laws don’t kick in until a lawsuit has been filed.

The most common types of discovery methods allowed by the discovery codes are:

The discovery phase is meant to give plaintiffs and defendants a clearer understanding of the strengths and weaknesses of their case and to help the parties prepare for trial, if trial becomes necessary. At any point in time, however, a case can settle, whether this is on the same day the lawsuit is filed or even during trial. Information gathered during the discovery process is commonly used as leverage to force either or both sides to settle. This is because if one party realizes the cards are not in their favor, they are more likely to fold (settle) than to go all in by going to trial and having a verdict that is far over or under what they could have settled for.

The discovery stage can last several years and ends only a few weeks before the trial date. In the four or so months prior to the trial date, attorneys start solidifying who their experts are going to be for trial, preparing witnesses, determining how to present evidence, and preparing exhibits and demonstrations. In the last 50 days before the trial date, each side’s attorney spends a lot of time preparing for and taking depositions of the opposing side’s expert witnesses. Expert witnesses can consist of a vast array of different people with special knowledge or training, including doctors, engineers, economists, etc.

Once the discovery stage ends, the trial stage officially begins. It is not a good idea, however, to take just any case to trial. Sometimes it makes more sense to settle for something that is far less (or more for a defendant) than what that party expected to get (or pay). This is because trial is extremely expensive and jurors and judges can be very unpredictable. The vast majority of cases (an estimated 90%), however, never get to trial and end up settling before then.

Most employment and personal injury trials last between three to seven days, although trials lasting up to a month or two are not unheard of for big or complicated cases. Long before the case gets to trial, parties choose whether they want a trial by judge or jury and there are advantages and disadvantages to both. After a judgment is entered at trial, different things can happen. If neither the plaintiff or defendant dispute the verdict or award amount, the last stage is collection and payment of the awarded money, assuming there is such an award. If, however, either the plaintiff or defendant dispute any part of the trial outcome, the case may extend by months or several years as papers are filed asking the court to reverse some part of the judgment or by filing appeals to higher courts.

There are many other things that happen during the course of a lawsuit and the above is only meant to give you a general understanding of the process. Because of the complexities of litigation, it is always recommended that a person hire a lawyer if a lawsuit must be filed in their personal injury or employment case.

1Please note that certain types of cases, such as employment discrimination or harassment cases, medical malpractice cases, and cases against government entities, there are other steps that need to be taken before filing a lawsuit. 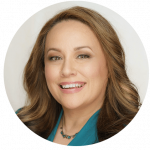 Have you been in an accident and need representation?